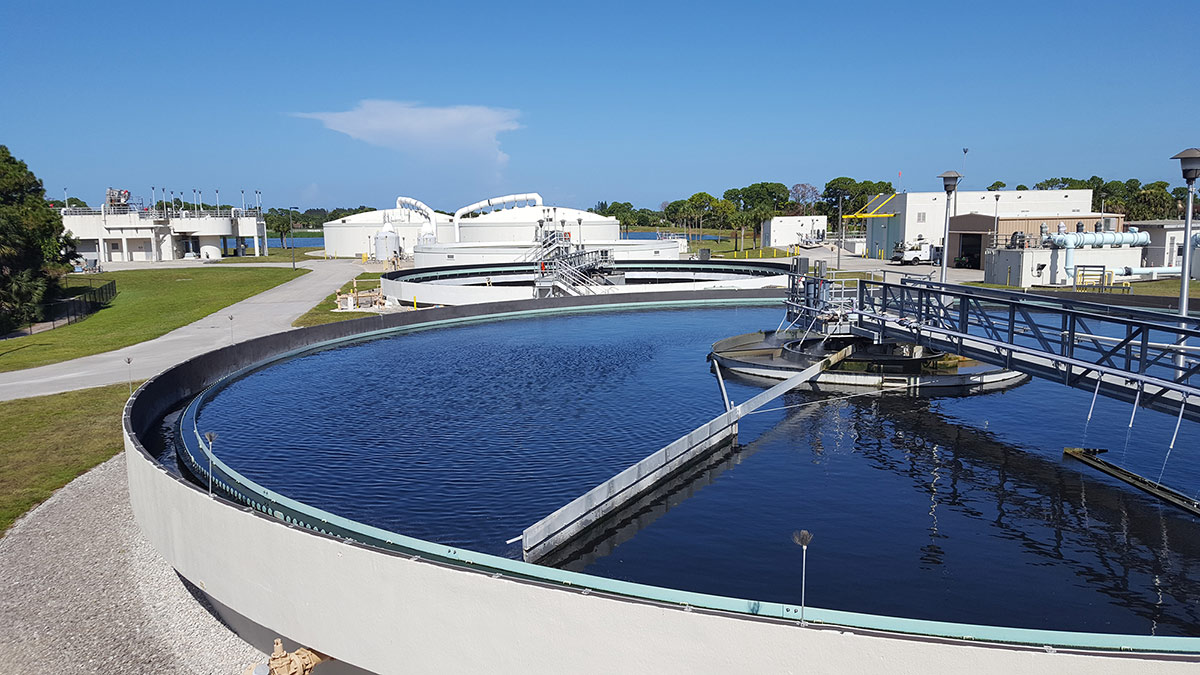 The objective of the District’s WWTF is to provide high level treatment of domestic wastewater collected from customers within the District’s service area with a central focus on protecting human health, safety, and welfare as well as to enhance the natural and built environmental systems of the Loxahatchee River Watershed.

To this end, the District has two methods of disposing of treated effluent:

The use of reclaimed water for irrigation purposes provides beneficial reuse of the treated effluent and significantly reduces the amount of groundwater withdrawn to meet landscape irrigation needs.  Additionally, since IQ Water has higher concentrations of nitrogen and phosphorous than potable water there is typically a reduction in the amount of supplemental fertilizers applied by end users.

The injection of treated effluent to the deep injection well eliminates the discharge of nutrient rich water directly to surface waters and in particular the Loxahatchee River.

The District’s WWTF currently has a rated capacity of 11.0 million gallons per day (MGD) on an annual average daily flow (AADF) basis.  At the present time, it is anticipated that the District’s service area is nearing build-out conditions.  As such, expansion of the District’s WWTF in the near future is not anticipated.  The WWTF processes include preliminary screening, influent flow equalization, aerobic activated sludge treatment, secondary clarification, tertiary filtration, and high-level disinfection using a concentrated chlorine solution.  The WWTF is also equipped with an injection well pumping station, deep injection well, I.Q. Water pump station, and approximately 65 acres of lakes that store approximately 140 million gallons of I.Q. Water. The biosolids processing system includes storage, dewatering, offsite hauling, additional treatment (pelletization) and disposal.  A detailed summary of the process systems currently in-service at the District’s WWTF is presented below.

Screened water is then conveyed to a vortex type grit (i.e. sand) removal system.  The vortex grit removal unit is designed to create a velocity gradient across the unit which allows the relatively heavier grit to settle to the bottom of the unit.  Collected grit is conveyed by grit pumps to a grit classifier unit where it is dewatered and the captured grit is discharged to a dumpster for offsite disposal.

Once the influent wastewater passes through the grit removal unit it is routed through one of two Parshall Flume flow metering devices where it is subsequently conveyed by gravity to one of three aeration basins.  During peak flow periods, excessive influent flow discharges over an overflow weir and is conveyed to one of two flow equalization tanks.

Loxahatchee River District has been a leader in wastewater collection, treatment and management since its founding in 1971.  As a progressive utility, the District is continually looking for ways to implement modern technologies and approaches to improve treatment, increase operational efficiency, and to be a leader in environmental stewardship. The District has been awarded numerous Awards for Excellence in wastewater treatment including:

The District’s WWTF was originally placed into operation in 1975 as an advanced wastewater treatment (AWT) facility with an AADF of 4.0 MGD.  The original treatment process used high rate pure oxygen produced by two (2) pressure swing adsorption (PSA) oxygen generators to perform aerobic reduction of cBOD5 in the influent, raw wastewater stream.  This process was followed by secondary clarification, tertiary clarification, tertiary filtration, and disinfection of the secondary effluent using a concentrated solution of chlorine.  Treated effluent was conveyed and discharged to a recharge pond located approximately 4-miles west of the current WWTF site and ultimately into the Northwest Fork of the Loxahatchee River.

In the early 1980’s, it became evident to the District that specific upgrades and improvements to the WWTF processes were warranted to mitigate potential long term impacts associated with discharge of nutrient (nitrogen and phosphorous) rich secondary effluent into the Loxahatchee River.  Recognizing that treated effluent was a valuable resource (as reclaimed or reuse water), the District developed and implemented two alternate disposal options which remain standard practice today: reuse of treated effluent as IQ Water and deep well injection. Production of IQ water is the primary disposal option, but the deep injection well is maintained as a backup in order to meet regulatory reliability standards.  To implement the two methods of beneficial reuse the District designed and constructed a deep injection well, traveling bridge tertiary filters, IQ distribution pump station, and IQ transmission mains over the course of several years in the mid 1980’s. Upon completion of these upgrades the WWTF capacity was subsequently re-rated to 8.0 MGD, on an AADF basis, since the original AWT effluent requirements were more restrictive then the IQ water treatment standards.

Biosolids dewatering and lime stabilization facilities were constructed at the WWTF in the late 1980’s.  Biosolids treatment facilities were installed to increase the quality and reduce the volume of biosolids requiring disposal, which were land applied for agricultural purposes.  Prior to this time, waste biosolids were either land applied wet or disposed of at an approved landfill site.

A new headworks structure was constructed as part of facility improvements in 1991 and the traveling bridge tertiary filter treatment process was expanded from four (4) units to six (6) units in 1994.  The WWTF capacity was subsequently re-rated to 9.0 MGD, on an AADF basis, in 1999.

The WWTF was expanded to its current rated capacity of 11.0 MGD, on an AADF basis, in 2007.  This expansion included the replacement and/or installation of critical equipment and process components including:

The most recent WWTF improvements project was completed in 2018 and included specific upgrades to the tertiary filtration system to increase system reliability and resiliency. The existing traveling bridge filters were approximately forty years old and had reached the end of their useful life. The project was also designed to ensure that the District would be well positioned to meet future environmental regulations which are anticipated to require increased nutrient removal, specifically nitrogen.  The project included the decommissioning and replacement of the traveling bridge filters with deep bed sand media filtration units which are also capable of denitrification.  Denitrification in the deep bed filters will require the introduction of a liquid carbon source at the influent to the filters to drive the process.

The upgrades in the Deep Bed Filter Unit project included: 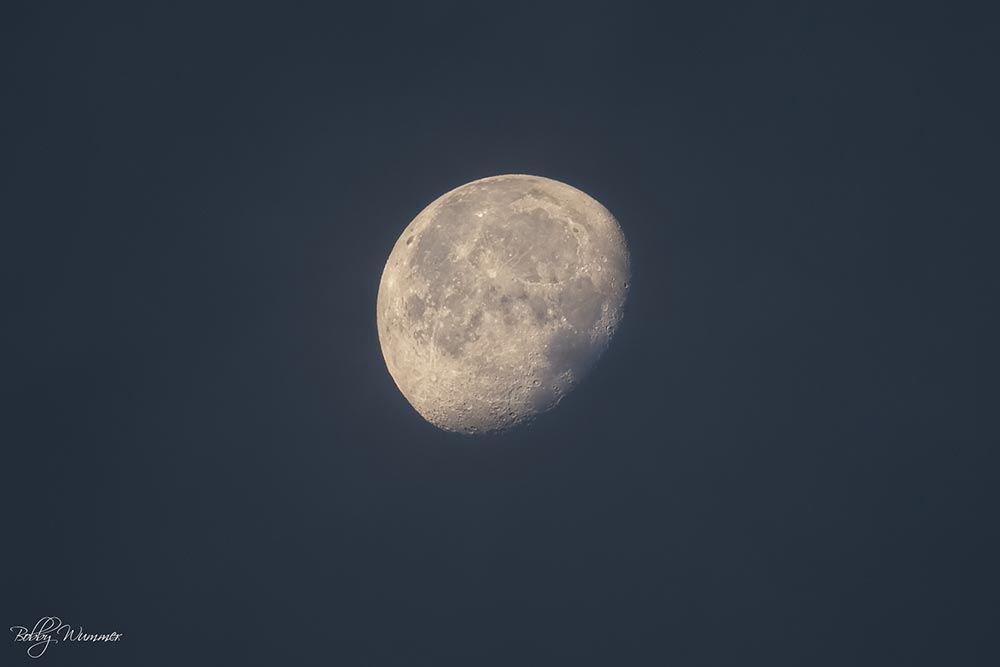